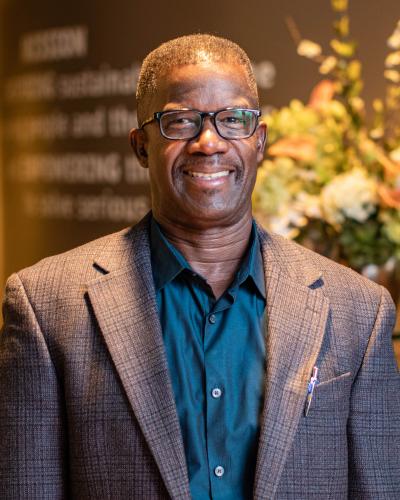 Alberto is the division manager for correctional consulting with Synergy Technology Services. He recently completed work on a modernization project for the Chilean Correctional System. In 2009, after 28 years of service, Alberto retired as an Associate Warden from California Department of Corrections and Rehabilitation (CDCR). His CDCR career includes assignments at four prisons where he promoted through the ranks. He later served as a training manager at the CDCR training academy, appeals examiner with the Inmate Appeals Branch, and manager of the Office of Court Compliance where he served as the Americans with Disabilities Act Coordinator for the CDCR in his final assignment.

Alberto was born and raised in Panama; he is fluent in Spanish and he received his degree in Topography and Cadastre from the National University in Heredia, Costa Rica in 1979. After serving the people of California for 28 years with the Department of Corrections, Alberto had an opportunity to see firsthand the effects of criminality associated with various developmental social disadvantages. He feels very fortunate to have had the opportunity to serve in such a rewarding career and welcomes the opportunity to pay it forward to the surrounding community. He believes we all benefit from making the lives of our most precious members of society (our children) better in any way we can, for they represent the future.

Alberto is a husband, father, and grandfather. He enjoys day and vacation trips with his wife and extended family. He is also an avid Sacramento Kings fan and enjoys rooting for our NBA home team at the Golden 1 Center. Alberto also enjoys playing golf, a hobby he shares with his grandson.