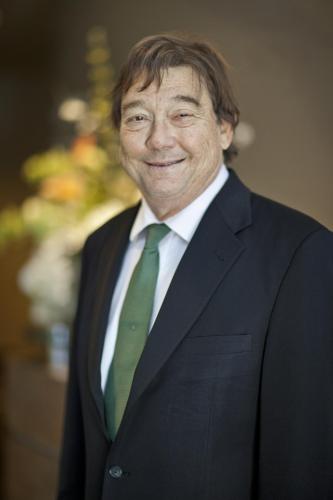 Jim Dragna is Sacramento State’s “graduation czar,” charged with taking inventory of the University’s graduation initiatives. As a licensed psychologist, he is student-centered and data-driven as he examines the graduation and retention rates.

Dragna came to Sacramento State in early 2016 from the University of Canterbury in Christchurch, New Zealand, where he spent the past 3½ years as the director for student success.

Dragna met his wife, Janine, in Denver. They married in 1986 and moved to Fargo, N.D., where he was the director of the Center for Student Counseling and Personal Growth at North Dakota State University before moving to New Zealand.

Fun fact: All three Dragna children were featured extras in the 2002 movie Divine Secrets of the Ya-Ya Sisterhood. “My wife had a small extras part, but it was mostly the kids,” Dragna says. “In one scene, my older son dances with Ashley Judd. You can imagine what that did for his popularity in middle school.”