Our Story Changing Lives for 111 Years 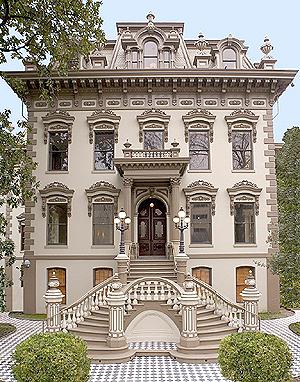 Stanford Home for Children is a highly professional, disciplined, and evidence-based organization that achieves a higher success rate with its clients than other, similar organizations. We are intensely determined and do whatever it takes to create success for youth – we never give up.

Stanford Home provides private donors, funders, foster parents, and volunteers the guarantee that they will see positive returns on their investment of money and time.

When Governor Leland Stanford and Mrs. Jane Lathrop Stanford tragically lost their only son at the age of 16, the Governor was quoted as saying, “Now the children of California will be ours.” In honor of their son, the widowed Jane Lathrop Stanford left her family’s home to the Catholic Diocese to become a refuge for Sacramento’s children most in need. In 1900 her generous bequest of $75,000 along with the Stanford Mansion began one of the most innovative and forward-thinking programs of its time.

For 30 years, the Stanford Home for Children served as an orphanage run by the Sisters of Mercy. During the Great Depression, the Sisters of Social Service began operating the orphanage, focusing on the needs of teenage girls and families coming out of the Great Depression and World War II. The group added psychological and social work services and established a settlement house to provide child care, meals and emergency clothing for families living in the adjacent neighborhoods.

In the late 1960s and early 1970s, the Stanford Settlement moved out of the rapidly developing downtown area, but at-risk girls continued to live in the Stanford mansion. Focusing on troubled children, the Sisters opened a number of group homes and founded Jane Lathrop School to provide more specialized educational services for the children in their care.

In the late 1970s, Stanford Home for Children became a privately run nonprofit corporation with its own board of directors. By the mid-1980s, the mansion was vacated and acquired by the State of California. An increasingly professional staff, under the direction of Sisters of Social Service, continued to provide residential and educational services to group homes located throughout the community. In 1994, the last of the Sisters of Social Service retired, and leadership transitioned to social service professionals with training in the latest approaches to care.

In 2008, Stanford Home moved all of its services to a central location with the goal of more efficiently and effectively serving the needs of Sacramento families.

Back
This item appears in:
This overview has been archived and may contain content that is out of date.