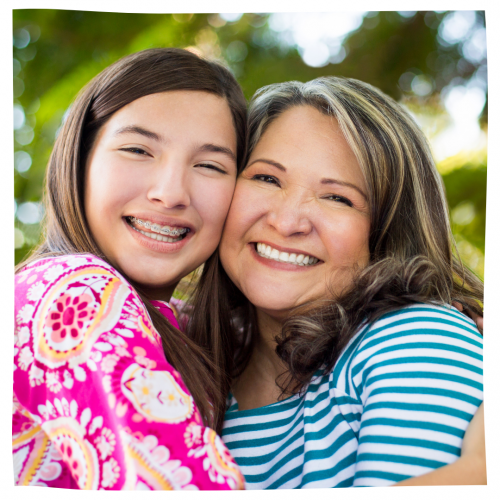 Erin* was 12 years old when she was removed from an abusive household and placed with a resource family in the foster care system. Like many traumatized children, Erin showed signs of post-traumatic stress disorder. Frequent nightmares made sleeping difficult. During the day she could be irritable and easily upset. She was hypervigilant when around others and preferred to spend time alone in her room.

A year into her stay with the resource family, Erin was introduced to Kimberly, a Wonder mentor. During their first few visits, Erin didn’t talk much, but when she did Kimberly listened. If Erin was up for it, they’d go for a walk to the local park or out to eat somewhere. And then Erin’s life was disrupted again. Her resource family relinquished custody of her, leaving Erin feeling betrayed and abandoned all over again. She told Kimberly she didn’t want to see her anymore.

Erin was then placed with a second resource family, the Hendersons, who reached out to Kimberly and asked her to come by. Erin didn’t say much during the visit, but Kimberly showed up again the following week and the week after that. During her walks with Kimberly, Erin would wonder out loud when the Hendersons would leave her too. She also confided that she wanted to try out for cheerleading but was worried what the other girls might think of her. Kimberly listened and encouraged her.

By her sophomore year, Erin was on the junior-varsity cheerleading squad and preparing to try out for the competition team. She’d also developed a close circle of friends who studied and practiced cheer together. Her life had changed in other ways, too. She and the Hendersons had started the adoption process. A child’s journey through foster care can feel frightening, uncertain, and overwhelming.  Wonder mentors like Kimberly show kids like Erin that there’s an adult in their life who cares about them and will be there for them no matter what.


*Names have been changed to protect confidentiality.