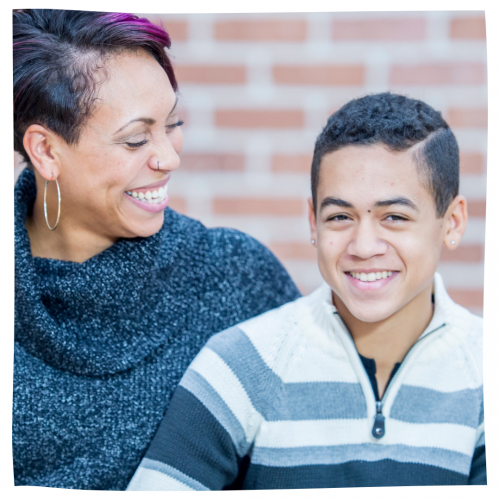 George* was 8 years old and living in foster care when he became involved with the Wonder Mentoring program and met his mentor Christine*. Initially, he wasn’t particularly interested in doing new things, but Christine kept making suggestions until they found activities that they both enjoyed: going to parks and watching movies. These activities were fun and enriching, but what meant the most to George was having an adult he could talk to and someone he could rely on no matter what.

For the next 10 years, George was shuffled from foster placement to foster placement, often with very little notice. The adults in George’s life weren’t always reliable, but Christine was different. She was a consistent, caring presence in George’s life. If he moved or changed schools, Christine was always there to listen and support unconditionally. “I had so many questions about life,” George says, “and she was always there to answer them.”

A young person has a lot to learn as they approach adulthood: how to drive, how to open a bank account, what to do after high school. Most young people receive answers to these questions from a parent or other family member. But what about kids who don’t have permanent families? “Christine became a life mentor,” George says. “She showed me a new way to live.”

George and Christine were in Wonder together for 10 years. Looking back, they both recognize the role Wonder staff played in facilitating and supporting their relationship — one that continues even now, after they’ve graduated from the program. At 18 years old, George has known Christine for more than half of his life. Their relationship has provided George with continuity, meaning, and support. Christine has had the pleasure of watching George grow into an inquisitive, driven, social young adult.

George has big plans for the next few years: graduate from high school, attend college, and pursue his dream of working in the film industry. He’s excited about his future and so are we!