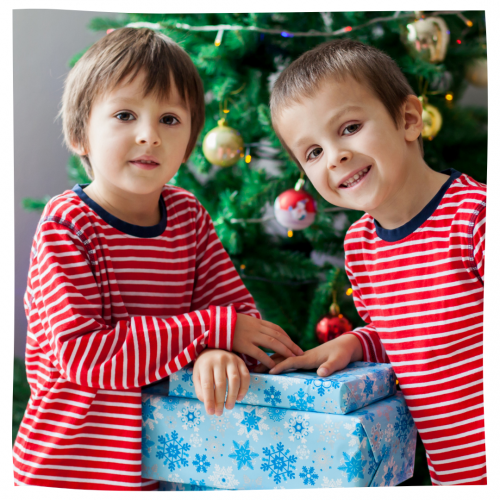 Rennie* (age 5) and Kai* (age 7) grew up in a home marked by domestic violence. When Child Protective Services intervened, both the boys were suffering deeply from the trauma they had endured.

Around this time a young couple, Grace and Doug Kiernan*, contacted Stanford Sierra Youth & Families.  They wanted to create their family through adoption, by opening their hearts and home to children who needed extra care. When a Stanford Sierra permanency worker told them about Rennie and Kai, they wanted to know more.

Soon, Rennie and Kai were placed with the Kiernans, who served as Resource Parents. During the placement, Rennie and Kai participated in play therapy and other forms of counseling with Stanford Sierra to help them deal with their grief and trauma.

The Kiernans were committed to always acting in the boys’ best interest. They helped Rennie and Kai maintain a connection with their biological parents while also maintaining boundaries for the boys’ wellbeing. Kai asked lots of questions about their birth parents and what had happened. Grace and Doug answered them, engaging the boys in open, honest, age-appropriate talks about serious and sometimes scary topics.

With support from Stanford Sierra, Rennie, Kai, and the Kiernans started the adoption process the next year. That same year, the Kiernan family grew again, when they adopted three-year-old twins Kacy* and Robert*.

The Kiernans’ service-oriented mindset has helped their four children understand what happened in their lives and heal from trauma.  Rennie, Kai, Kacy, and Robert have benefited enormously from Grace and Doug’s compassion and healthy boundaries. Stanford Sierra continues to provide post-adoption support to this family of six who exemplify the mission of transforming lives by nurturing permanent connections and empowering families to solve challenges together, so every child can thrive.