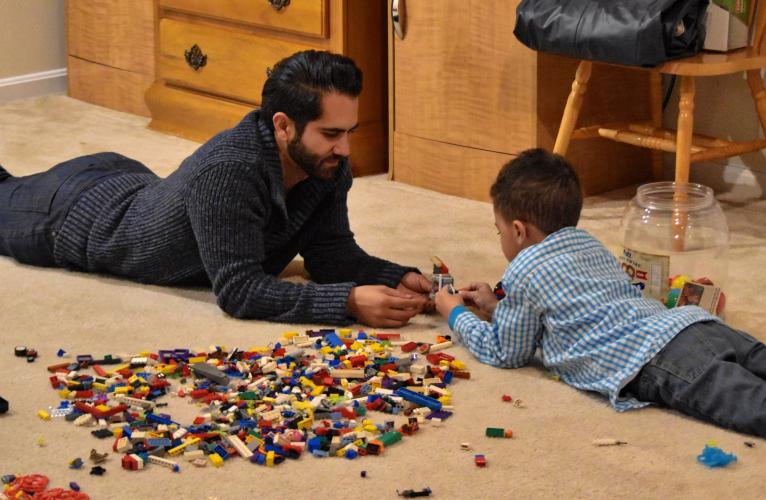 Our son first came to live with us as a foster child in the Fall of 2015, at the age of six. In the Fall of 2016, we adopted him. As they say, the honeymoon is over. I couldn’t find the origin of that idiom but it refers to the easy time someone has after a new, and often exciting event occurs. A new job, getting married, bringing home a new child…

Those early days of fostering our son seem so long ago. Each week that passed brought new challenges, be they related to his adjustment in our household or his legal proceedings. There were many ups and downs and questions and struggles. It is not easy to bring a six-year-old into your home. But we feel blessed that the process, while long, reached it’s desired outcome.

While I say the honeymoon is over, because indeed the initial excitement and trepidation has passed, in many ways it seems like the real joy is just beginning. Now our son feel’s like he’s always been our son. He rarely talks about his life before us. We’ve built up enough memories and time that we can talk about previous shared experiences and reminisce as a family. Though we missed out on many important firsts in his life, as a now eight-year-old, he’s got plenty of firsts still ahead.

When we started the process with Sierra Forever Families to become foster-adopt parents, we didn’t think much past the court date where a judge would officially declare a child to be ours. We hit that point and we celebrated. And then the foster-adopt honeymoon ended.  It’s okay to not think much past that point. There are seemingly endless steps to get from signing up as a foster parent, to officially adopting your child. Yet it is after that point that you settle in for the long haul.

While newly adoptee parents no longer have to wonder if they’ll get to spend the rest of their lives with the child they’ve come to love, we now get to join the full-fledged ranks of parenthood in wondering if how we’re parenting is the right way to raise a healthy, competent, and ethical child. The ins-and-outs of parenting is not honeymoon work. It’s a job. It’s one we’ve chosen and been gifted to but it’s still difficult. For those of you thinking about foster-adopting, do it. It’s worth it to save a life and mold a child into a successful human being.  For those of you in the honeymoon phase of having a newly placed child and working through all of the steps, keep going. This is one case where life after the honeymoon phase is just as wonderful.

Burke Wallace and his family live near Sacramento. He is the Executive Director of a charter school organization.