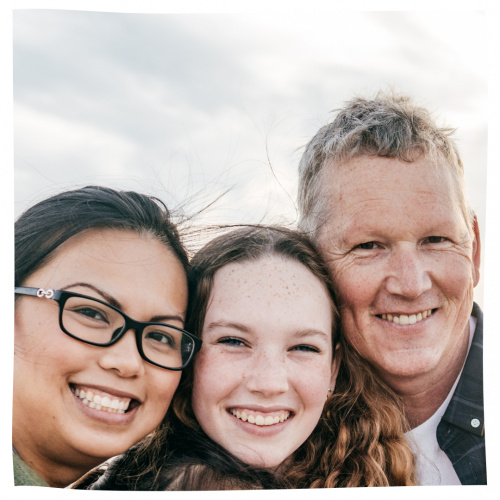 In 2017, Jay* and Kaley* approached Stanford Sierra Youth & Families (SSYAF) about growing their family through adoption. Not long afterwards, Child Protective Services removed two young brothers, Victor* and Grant*, ages 5 and 3, from their biological parents’ home due to domestic violence and the presence of illegal drugs. When Jay and Kaley heard about this, they applied to take emergency custody of the two young boys.

As a resource family, Jay and Kaley provided a safe, stable, familiar home for the boys with the hope that the boys’ biological parents would address their issues and become capable of resuming custody. When they were unable to do so, Jay and Kaley began the adoption process.

Though Victor and Grant benefitted enormously from the love and stability Jay and Kaley provided them, they struggled with separation anxiety. To provide Victor and Grant a consistent presence, Jay arranged to work from home full-time. The boys also faced developmental and social challenges. Jay and Kaley enlisted the support of an SSYAF therapist to prepare the boys for their eventual return to school.

Boundaries presented a challenge, too. As the boys’ adoption neared finalization, their biological parents called and visited unannounced, which at times upset and confused Victor and Grant. With support from SSYAF staff, Jay and Kaley established firm, fair boundaries that provided for scheduled visits in the best interest of the boys.

Last year, Victor, Grant, Jay, and Kaley became a forever family, when their adoption was finalized. Grant has developed an interest in animals, and Victor will soon be starting kindergarten. Jay and Kaley are committed to doing what’s best for their sons, and they know that if they ever need support, SSYAF will be there for them.