More than 4,000 Children in Care is the Sacramento Region Daniel's life is immeasurably brighter today, thanks to people like you 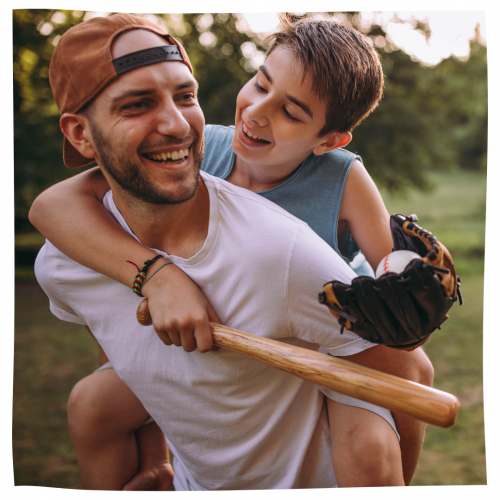 Before Daniel was nine years old, he’d been physically and sexually abused, exposed to domestic violence, and removed from his parents’ home for his own safety. Child Protective Services placed him with his aunt and uncle. Daniel suffered tremendously from the effects of the trauma he’d endured. He was depressed, fearful, and occasionally aggressive.

Unfortunately, Daniel’s aunt and uncle were unable to provide the help he needed and he was moved to a group home for about a year. There, Daniel started to receive the care he needed and began to heal from the trauma he’d endured. Upon leaving the group home, Daniel moved in with a second foster family and started working with Caroline, a Stanford Sierra Youth & Families social worker. She took time to listen to Daniel’s story and earn his trust. Together, they continued the work Daniel had started in the group home. One day, Daniel mentioned a family he was fond of, the Thompsons*. The Thompsons attended the same church that Daniel and his foster family went to, and Mr. Thompson coached Daniel’s baseball team.

Caroline arranged for Daniel to spend an afternoon with the Thompsons. It went well, so a few more visits were arranged. After one of the visits, Daniel told Caroline that he was interested in staying with them for good. Caroline helped the Thompson family understand the trauma that Daniel had been through and how best to support him as he continues to heal and learn healthy ways to express his emotions. In the spring of 2020, Daniel moved in with the Thompsons, who are now providing him the love, safety, and unconditional commitment he needs and deserves. This summer, the Thompson’s officially adopted Daniel, who is developing friendships at school and church and happy to be with his forever family.