No Time Like Now: Charlotte’s Adoption Story Her life began by being placed into foster care for her own safety. 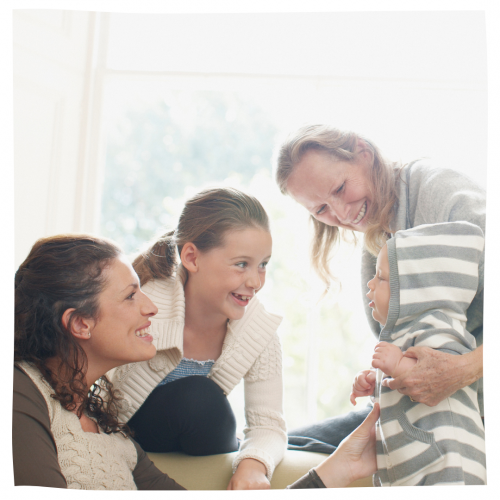 In 2016, Jason and Emily McDonald* came to Stanford Sierra Youth & Families (SSYAF) because they were interested in growing their family through adoption. They had three children of their own (ages 6, 5, and 3) and one on the way, but they felt strongly about expanding their family to include a child who had been less fortunate. SSYAF helped the McDonalds through the approval process and provided training and education to prepare them for their adoption journey.

In the summer of 2018, baby Charlotte* began her life by being placed into foster care for her own safety. Her mother had used heroin during the pregnancy, and Charlotte was born with drugs in her system. Five days later, the McDonalds went to the hospital and returned home with Charlotte. The McDonalds agreed to be a resource family to her and to provide her with a loving, stable family home.

At one point, an aunt of Charlotte’s came forward, wanting the baby to be placed with her. SSYAF worked with everyone involved to find a solution that worked best for the child. When the aunt saw how Charlotte was thriving with the McDonalds, she concluded that her niece was best served staying where she was. Through it all, the McDonalds have remained open to involving Charlotte’s birth family in her life.

In 2019, the McDonalds’ adoption of Charlotte was finalized. She has two loving parents in Jason and Emily and four siblings who love her too. They are a big, happy family of seven. Charlotte’s birth mother has achieved sobriety and is now a part of Charlotte’s life as well. People who meet Charlotte often remark that she is one of the happiest babies they’ve ever known.