Shuffling from Placement to Placement Any roots he’d managed to establish, any friendships he’d started, were abruptly ended each time he moved. 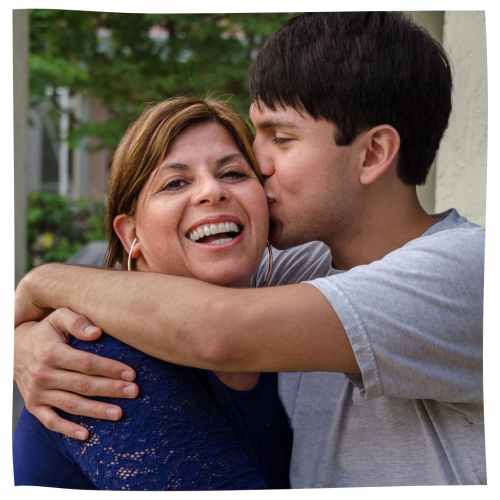 When Sam* was growing up, both of his parents struggled with substance abuse. Consequently, Sam’s home life was marked by neglect and abuse. Soon after his tenth birthday, Child Protective Services removed him from his parents’ custody and placed him in protective care for his own safety.

Still suffering from the trauma he’d endured, Sam experienced more instability when he was shuffled from placement to placement within the foster care system. On average, he was moved between homes once every nine months for the next several years. Any roots he’d managed to establish, any friendships he’d started, were abruptly ended each time he moved. He wrestled with low self-esteem and feelings of rejection and unworthiness.

When he was 15, Sam started working with Belinda*, a Stanford Sierra Youth & Families (SSYAF) youth advocate. Youth advocates have had experiences similar to those of the youth they work with. Belinda understood what Sam was going through because she’d gone through it, too. Together they worked on Sam’s self-esteem and developed his ability to advocate for himself.

For added support, SSYAF social worker Holly* started meeting with Sam, too. Through their work together, they soon found a new foster care placement for Sam, one where he was empowered and supported to advocate for his wants and needs. Sam is 17 now. His current caregiver is committed to providing him the support he needs and deserves and has begun the process of becoming his legal guardian. Sam, now with a strong sense of self-worth, is preparing for his senior year of high school and is excited about planning for his future.