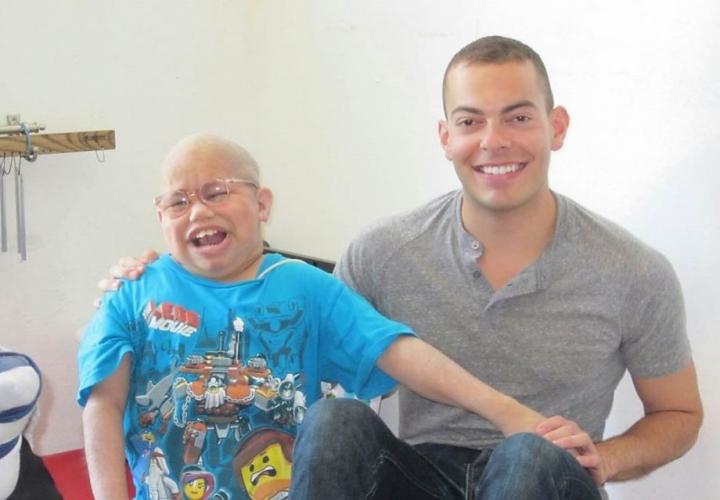 Jonathan Nelson (right) and his brother Andrew, 19, smile while they pose for a photo. Andrew, 19, died this year.

By Rich Gordon By Jonathan Nelson

When 23-year-old Jonathan Nelson sat down in my Sacramento office earlier this year, it was clear he had an intensely personal request. Nelson set aside his job as a corporate lobbyist for this meeting, and instead told me how he had been a foster child — one of 15 whom his parents in Bakersfield had adopted. As if his parents’ arms weren’t stretched widely enough, 12 of those children were medically fragile. One sister was born without a brain — just a brain stem. Another sibling had spina bifida; another Down syndrome — the list goes on. Nelson, who is able-bodied, grew up helping to load his siblings and their wheelchairs into the family van and turning off feeding tubes when a beeping indicated they were empty. Nelson’s parents didn’t set out to adopt 15 children, but when they realized that institutions, not loving family homes, were the most likely destiny for these medically fragile foster children, they adopted.

Back
This news has been archived and may contain content that is out of date.