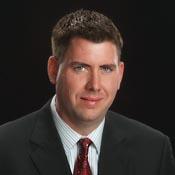 Gazda served as media relations director for Major League Baseball’s Washington Nationals from 2008-13, working with several of the world’s most recognized professional athletes to successfully navigate a diverse array of challenging issues. His resume includes stints with the Miami Marlins and Sacramento River Cats communications departments. Gazda was media relations director and assistant general manager for the River Cats during the team’s first five seasons in Sacramento. A native of Pittsburgh, Pa., he earned a bachelor’s degree from Indiana University of Pennsylvania.

Back
This item appears in:
This leader profile has been archived and may contain content that is out of date.