Connie and Stacey “With each session with Stanford Youth Solutions, I felt more and more relief,” said Connie, mom of Stacey, age 16. “Things just got easier and easier.” 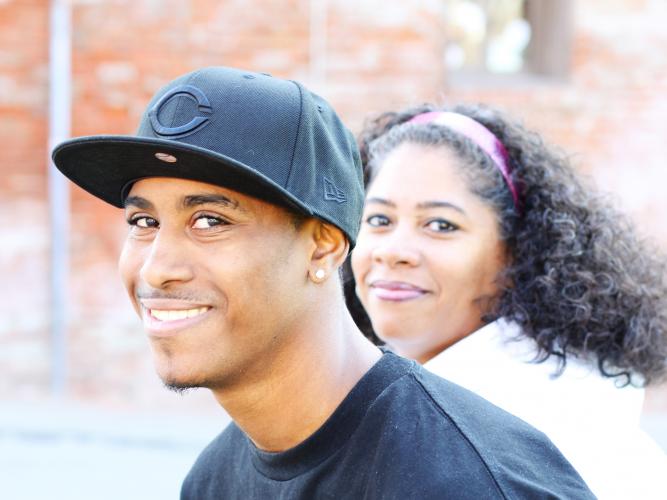 When Connie began caring for her ailing mother, she found out her brother was about to lose custody of his children. Rather than see her niece and nephews become wards of the court, she took over custody and eventually adopted them, including her nephew Stacey. When Connie’s mother passed away, she also took over guardianship of her mom’s adopted children. So this meant that Connie had as many as ten children under her care at one time. Some of the children ended up with other family members and Connie settled in with a more manageable family of five.

The stress and instability of his childhood had affected Stacey deeply. As a young teen, he began staying out late at night and experimenting with drugs. He got caught for vandalism and for helping friends steal a car. He wasn’t going to school regularly and tensions were growing between Stacey and Connie.

Connie recalls when things were at their worst, “He had been staying out late, past curfew and sometimes not coming home. In a few instances, he didn’t come home at all for weeks at a time. He was smoking, drinking. He stole my car and he stole another car prior to that. He was basically going in and out of juvenile hall.”

He was sent multiple times to juvenile hall but got lucky in sentencing. Because of overcrowding, he only had to serve a couple of 30 day stretches.

While working with the staff at Stanford Youth Solutions, Connie’s family blossomed. She said, “We had a lot of what Oprah calls ‘Aha!’ moments. We had a lot of those. Sometimes they happened individually and sometimes together. Things started to really make sense.” Connie felt like she was becoming a better parent. “I’m still learning!” she adds.

Stacey began to realize that he wanted to be a better son and also… a better older brother. He knew his younger siblings were quietly observing his behavior and Stacey wanted to be a good role model for them. Stacey enrolled in a school that fit his learning style and his grades began to improve. “Before working with Stanford Youth Solutions,” said Connie, “I never saw him with a backpack or anything. Now I see him with his backpack and I see him doing his homework.”

Stacey hopes to continue his schooling after graduation and Connie continues to be proud of his hard work. Connie’s advice for families who are just starting their journey with Stanford Youth Solutions? “Keep an open mind. Both parties – the child and the parents. Admit when you are wrong and listen to what the other person has to say. Nobody’s looking for perfect. But it gets easier and easier.”