Richard and Angel Torres “It was 3:00am and I knew they had a family too, but they stayed with us all night. It was unbelievable.” 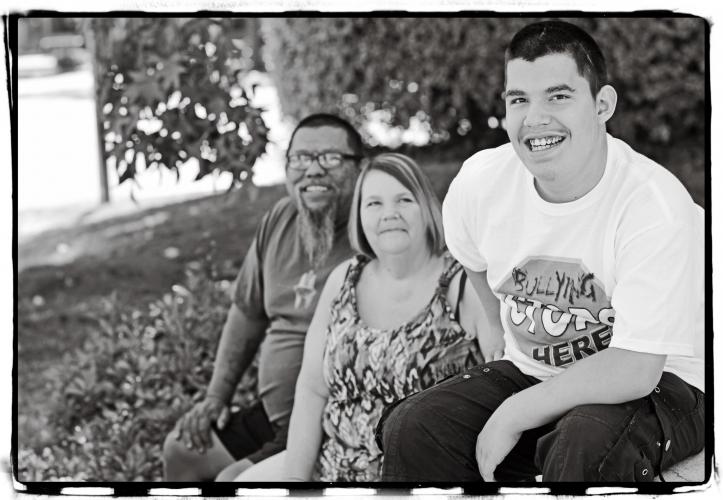 Parents Denise and Richard Torres thought they were out of options and didn’t know where to turn. The past two years had been a series of intense and escalating behaviors demonstrated by their son, Angel.

Angel had experienced bullying at school that triggered and compounded his stress level, until it became completely unmanageable. “We had the cops out here every other day. There were lots of violent outbursts, suicide attempts and frequent visits to Sacramento County’s crisis mental health center,” Richard says. “I thought I had lost my son and failed as a father.”

After trying everything else, Stanford Youth Solutions was called in to help. Angel along with his family immediately began using Therapeutic Behavioral Services (TBS) and Flexible Integrated Treatment (FIT) programs to stabilize his behavior. From the very beginning, Richard knew things were different.

Stanford Youth Solutions staff members were in the hospital with them, helping them get through their latest crisis. “It was 3:00am and I knew they had a family too, but they stayed with us all night. It was unbelievable”, Richard recounts. “This wasn’t the last time either, the staff wouldn’t leave our team meeting sessions if we were having a challenge and when I had to go to the hospital for an emergency appendectomy, staff offered to stay with my family because they knew I wouldn’t leave my family alone to go to the hospital. That was when I knew things were going to get better.”

“It was a whole team approach from Stanford Youth Solutions when we first started”, he said. “We quickly learned is that it’s not just one person who has to change,” Richard explains. “I thought they would take Angel, help him, and bring him back. But it’s not like that. It’s everyone. And that’s what actually made me stop and think Angel’s not the only one who has to change… we gotta change too.”

Problem-solving didn’t come naturally to Angel, but now he applies what he has learned: blending his ability to come up with creative solutions to difficult circumstances with situations that you just have to accept. With everyone committing 100% to growing, changing, learning and accepting, Angel learned to control his behavior too. He has become a very strong advocate for himself in school, created an anti-bullying website, and has since moved to a new school. He now reaches out for support from his parents and people he trusts. Thanks to the unwavering support from his parents and Stanford Youth Solutions, Angel has learned more about coping, acceptance and healing than most kids his age.

Angel has since graduated from Stanford Youth Solution’s programs and continues to make great progress. Visits to emergency rooms, crisis centers and calls to police are a thing of the past – and his future is looking very bright.